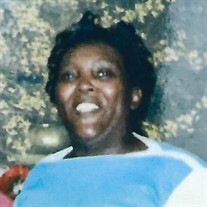 Rosa Lee Land was born March 29, 1944, the first of 5 children to the late Inez Kelly Land and George Edward Land Sr. in Carlisle, South Carolina. As a child, Rosa gave her life to Christ at James Chapel Baptist Church. Rosa attended Union County public schools, graduating from Sims High School. She received her BA in History from Johnson C. Smith University and a Masters in Counseling from the University of North Carolina -Charlotte. Rosa was a proud member of the Gamma Delta chapter of Alpha Kappa Alpha Sorority, Incorporated. Upon graduation from JCSU, Rosa taught history in the Edgefield and Union County, South Carolina, and the Charlotte Mecklenburg County public school systems. She later worked at her alma mater, JCSU, serving as a Resident Director and the Dean of Students. During this time, she joined Friendship Missionary Baptist Church, under the leadership of Reverend Coleman W. Kerry. Rosa loved reading and owned a vast book collection. She also enjoyed doing crossword puzzles. Cooking was her biggest passion, especially baking cakes from scratch. Rosa had a variety of cookbooks including cooking encyclopedias. She delighted in making recipes from the Southern Living magazine for her family during the holidays. Rosa was known to make the best turkey dressing, banana pudding with meringue and hummingbird cake from scratch. Even if she cooked a recipe that may not have initially sounded very appealing, once you tasted it, you would be asking for more. Rosa was a loving, patient, nurturing caregiver to many. Although, she never had children of her own, she helped raise her cousins, Christopher and Kimberly Land and contributed immensely to the lives of her nieces, nephews and cousins. Before becoming ill, Rosa moved back to Carlisle, SC to care for her beloved aunt, Lucy Bell Kelly, and her mother, Inez Kelly Land. She devoted her time and love to their well-being, as they aged and eventually succumbed to death. Rosa spent the last six years of her life at Huntersville Oaks Nursing home where she enjoyed participating in social activities and contests. She competed in the yearly pageant and looked forward to playing and winning bingo every week. Rosa passed away Sunday September 8, 2019 at Carolinas Medical Center-Charlotte. She was proceeded in death by her brother George E. Land, Jr. (Emily). She is survived by her sister Dorothy Roberson (Otis), Charlotte, NC, brother Calvin Land (Shameka) Spartanburg, SC, brother James Jeffery Land, Carlisle, SC, special cousins, Christopher Land, (Lynn), Blythewood, SC, Kimberly Gault, Columbia, SC and a host of cousins, nephews, nieces, great nephews and nieces.

The family of Rosa Lee Land created this Life Tributes page to make it easy to share your memories.

Send flowers to the Land family.