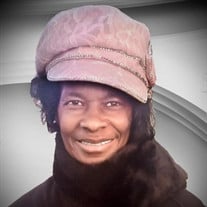 Demetri Caldwell Braxton “Be a Missionary Everyday” and “God Rewards Faithfulness” – both phrases were words that Ms. Demetri Caldwell Braxton lived by. Ms. Braxton was the daughter of the late Reverend Julius Redman and Reverend Dr. Mildred Feemster Caldwell of Charlotte, North Carolina. She was a graduate of West Charlotte High School, Johnson C. Smith University, and the University of North Carolina at Charlotte, where she obtained a masters degree that facilitated her ability to further her career in academia. Ms. Braxton loved children and cherished the importance of a good education. She taught in the Charlotte-Mecklenburg school system, where she inspired and challenged academically gifted students to think creatively. She retired from Charlotte-Mecklenburg schools after teaching for over 30 years. She also established a scholarship fund as part of the Caldwell Family Reunion as a way to further support family members who were matriculating through college. Ms. Braxton accepted the Lord as her personal savior at an early age and was faithful in church service her entire life. In the Fire Baptized Church, she held numerous positions at the local, district and national levels. At her local church, New Bethlehem Fire Baptized Holiness Church, she served as YPI President, Sunday school teacher, choir director and deaconess. She also served as the organizer of the annual Red and White Love Feast for over 30 years. On the district level, she served as district secretary on the South Central North Carolina District. On the national level, Ms. Braxton served as a National Jr. Missionary for over 30 years. She was the National Jr. Missionary of the Second Episcopal Diocese and Third Episcopal Diocese and later became the chairlady of the National Jr. Missionary Department. To her family, Ms. Braxton was known as “Aunt Dee” – the one whose house was the gathering place for Thanksgiving and Christmas holiday celebrations, and the person who proudly cheered on her nieces and nephews to excel at whatever they set out to do. Ms. Braxton was preceded in death by her loving husband, Clarence L. Braxton; brother, Elder James R. Caldwell; sister, Vannita C. Poe; sister-in-law, Peggy A. Caldwell; brother-in-law, William Jant, Sr.; and two nephews, Julius Timothy Eugene Jant and Michael A. Houston. Ms. Braxton leaves to cherish her fond memories, two sisters, Nadine C. Houston (Sammie) and Rebecca C. Jant, both of Charlotte, North Carolina; two brothers, Rev. Isaac E. Caldwell of Brooklyn, New York, and William Timothy Caldwell (Vickie) of Asheville, North Carolina; one sister-in-law, Rev. Dorothy G. Caldwell of Philadelphia, Pennsylvania, and a host of nieces, nephews and other relatives and friends.

The family of Demetri Caldwell Braxton created this Life Tributes page to make it easy to share your memories.

Demetri Caldwell Braxton
“Be a Missionary Everyday” and “God...

Send flowers to the Braxton family.